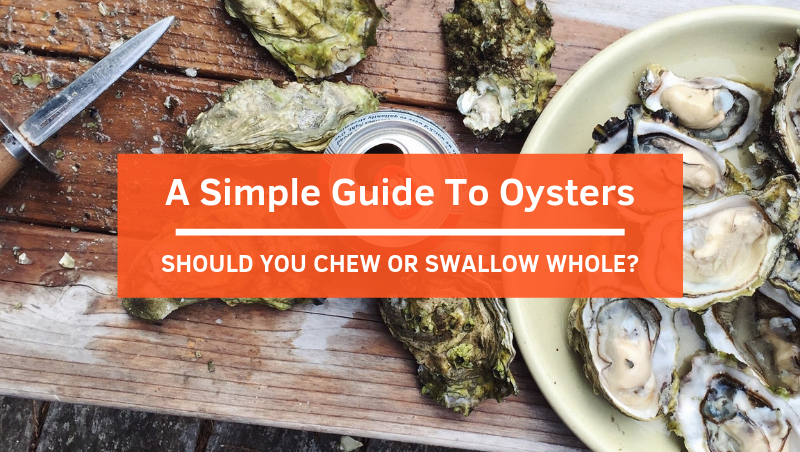 It is not uncommon to see a restaurant serving oyster but how much do we actually know about them? Today, we are going to explore the different types of oysters and how to eat them. Do not worry this is nothing overwhelming and just perfect for beginners.

For your information, there are actually hundreds varieties of oysters yet it all comes down to a total of only 5 species of oysters. They are namely Crassostrea gigas, Crassostrea sikamea, Crassostrea virginicas, Ostrea edulis and Ostrea lurida. To put it in lay man’s term, they are Pacific oysters, Kumamoto oysters, Atlantic oysters, European flats and Olympia oysters.

Pacific oyster or Japanese oyster (Magallana gigas) are oysters native to the Pacific coast of Asia. They tend to be meatier and creamier in which the more popular types include Kusshi and Marin Miyagi.

Kumamoto oysters are usually deep-cupped with smaller meats inside. Although it is smaller in size, they are a favorite for both new oyster eaters and connoisseurs. It is also known as the ‘Chardonnay of oysters’ due to its fruity flavours with a hint of brininess.

Atlantic oysters (aka great American oyster) are usually a lot bigger and they are most commonly found in North America. In terms of taste, they come with a slight metallic finish and because of that it is not recommended to beginners.

As the name suggests, the European Flat oysters are native to Europe. These European countries include England, Denmark, Nether­lands and many others along the western and southern coasts of Europe. They are usually larger in size compared to other types with a rich and extremely flavourful taste recommended only to true oyster lovers.

Last but not least, the Olympia oysters which are just bouncing back from being almost extinct. As a matter of fact, they were wiped out and for many years thought to be extinct. With that being said, they are the least common type of oyster found in this day and age.

Here is a fun fact: Oysters get their flavours from their environments. Meaning the same species of oysters in another region of the world may have a different taste when eaten.

How To Eat Oysters

Now the interesting part, eating oysters! For a start, you would want to eat the oysters naked with no sauce added. This way you can truly taste the region or seawater of where the oyster is from. Moving on, you can gradually experiment by adding some lemon, cocktail sauce, vinaigrette or horseradish to find what best suits your taste buds.

All in all, the general rule of thumb here is to never over sauce the oysters as it will mask its natural taste. The tip here is to add just enough sauce and chew it twice to release the flavours within before swallowing whole.

To make it simple, here is a step-by-step on how to eat an oyster:

1. Use the fork to release the oyster from its shell.

2. Add your preferred sauce or simply have it naked.

3. Using the shell as a spoon slide the oyster into your mouth.

4. Chew it twice to release the flavours within then swallow whole.

Where To Eat Oysters 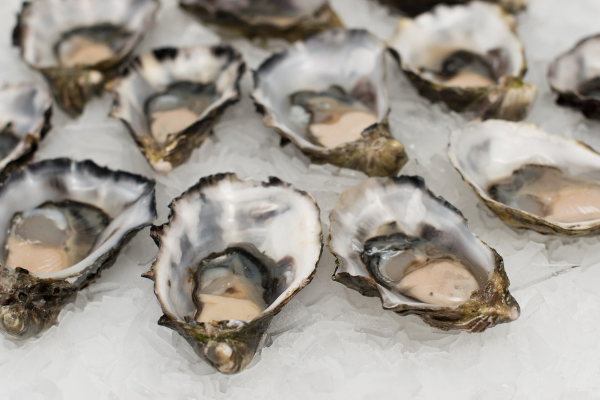 With these 5 simple steps you can now start your journey in search of the best oysters in town! Better yet, save your precious time by checking out top restaurants on TABLEAPP. Bon voyage!