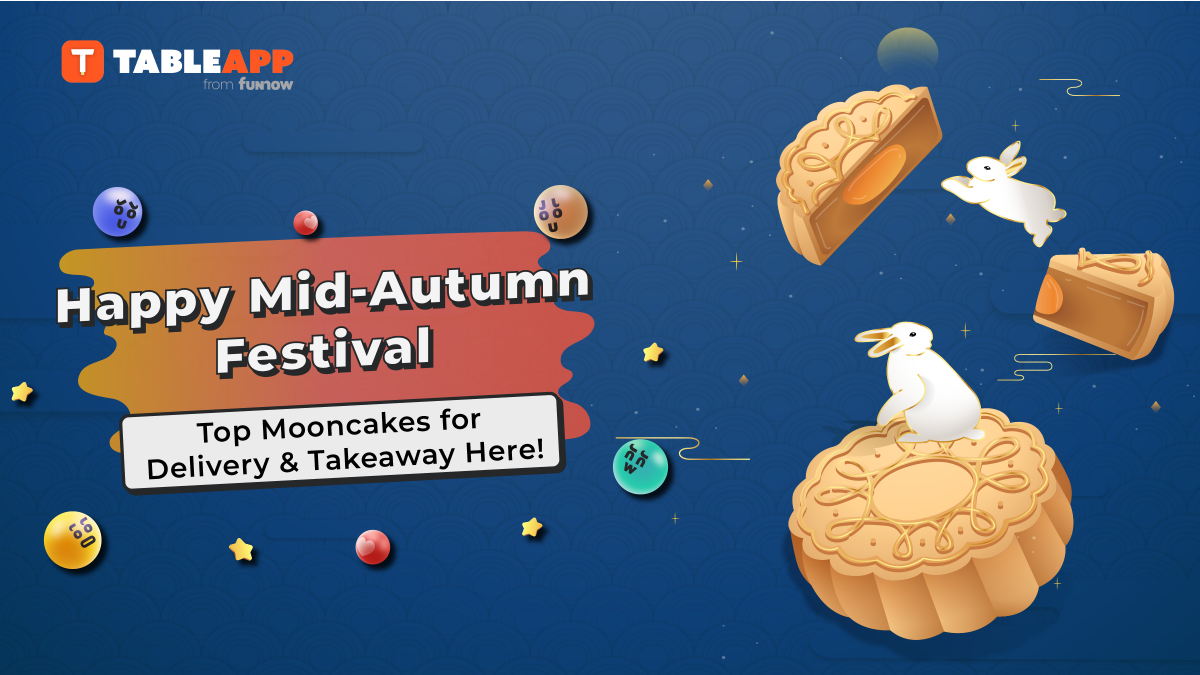 Mid-Autumn Festival 2021 is coming soon! What are we waiting for? Of course, it’s the chance to sink our teeth in the most delicious mooncakes or to be on the hunt for the prettiest and special mooncakes for the best season’s gifting!

From snow skin mooncakes to mouth-watering classic traditional mooncakes with custom-made mooncake boxes and unique packaging, these treats are really a feast for the eye but at the same time, too overwhelming for the abundance of choices.

Wondering where to buy mooncakes for your indulgence or what mooncake boxes you should get this year for gift-giving? We have your back! Check out the top restaurants and hotels offering sumptuous mooncakes with details like mooncakes flavours, prices, promotions and more here. What’s more? These mooncakes are available for delivery and takeaway so you can easily collect or have them delivered to your doorstep!

*Tip: Click the “Order Now” buttons to see the full menus and prices.

1. The Living Room @ The Westin KL 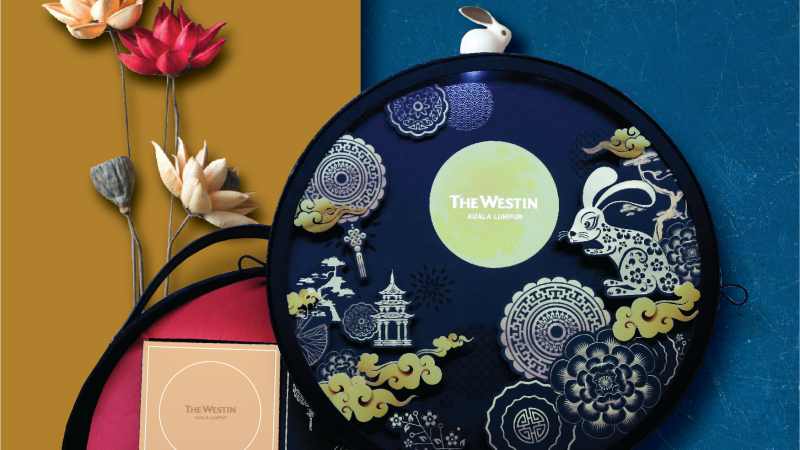 The Living Room restaurant has been a go-to oasis of culinary delights in downtown Kuala Lumpur for all foodies alike. Known for its distinctive flavours, this is where you can indulge yourself in the most delectable meals. This year, the restaurant will be offering YUÈ Mooncake Gift Box – Celestial Moon which is classically blend with a black and gold combination, with its quilted leather, layered art effects. What’s more? You could use it as a stylish light traveling case after the Mid-Autumn Festival as well. 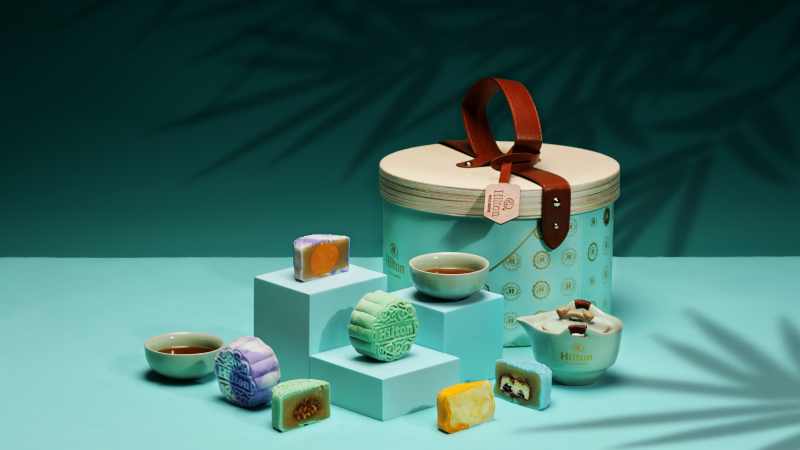 It is long believed that moon worshipping brings good luck and what’s better than celebrating traditions by treating yourself and your loved ones to delectable mooncakes? Excite the taste buds with special mooncakes from Hilton Kuala Lumpur with something unique like Jade Moon Box (a chic 2-tiered gift box combining of Old and New by paying homage to the green jade with a modern twist) or tuck into the classics like Baked White Lotus Paste, Baked Red Bean Paste with Almond Flakes. 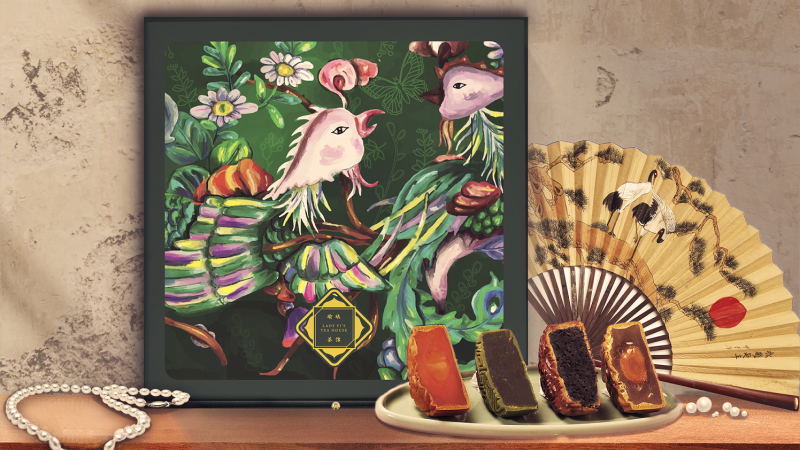 This Mid-Autumn Festival, Four Points by Sheraton Kuala Lumpur will be offering special treats for your reunion occasion – Perennial Treasures Mooncake. Encased in a jade green solid wooden box which can be doubled as an elegant jewellery box, the mooncake box Perennial Treasures by Lady Yi’s Tea House , would be definitely something you should keep an eye on. The illustration on the mooncake box features an elegant painting by Malaysia’s renowned artist Alice Chang, depicting various elements in Chinese mythology. 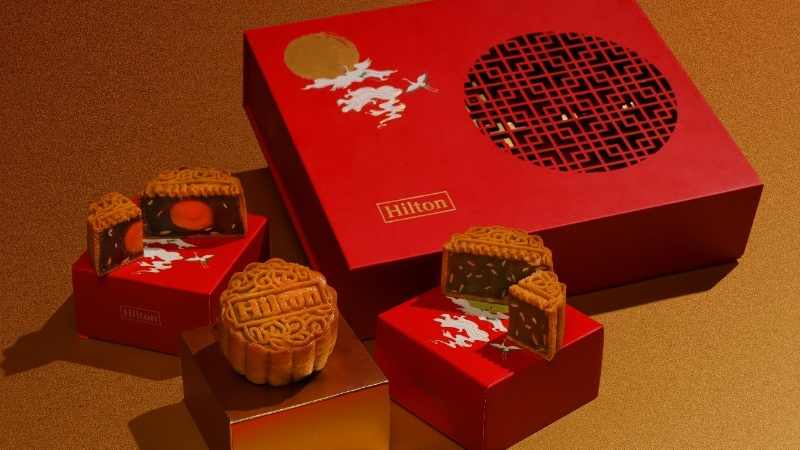 If you or your loved ones are a big fan of the classic baked mooncakes, keep an eye on this mooncake box at Hilton Garden Inn! Oriental Treasures Mooncake Box – a festive centerpiece, this fiery receptacle is a gift to behold. Embellished in imperial red, it features a noble pair of red-crowned cranes amongst celestial clouds as the moon illuminates the Mid-Autumn sky.

5. The Food Store at DoubleTree by Hilton Hotel Kuala Lumpur

It’s the time of the year when the talented chefs at DoubleTree by Hilton Hotel Kuala Lumpur prepare their delectable and crowd-pleasing handcrafted mooncakes. Made only with the highest quality, the traditional mooncakes are finely curated. Keep an eye on the Oriental Treasures Mooncake Box – a festive centerpiece, this fiery receptacle is a gift to behold.