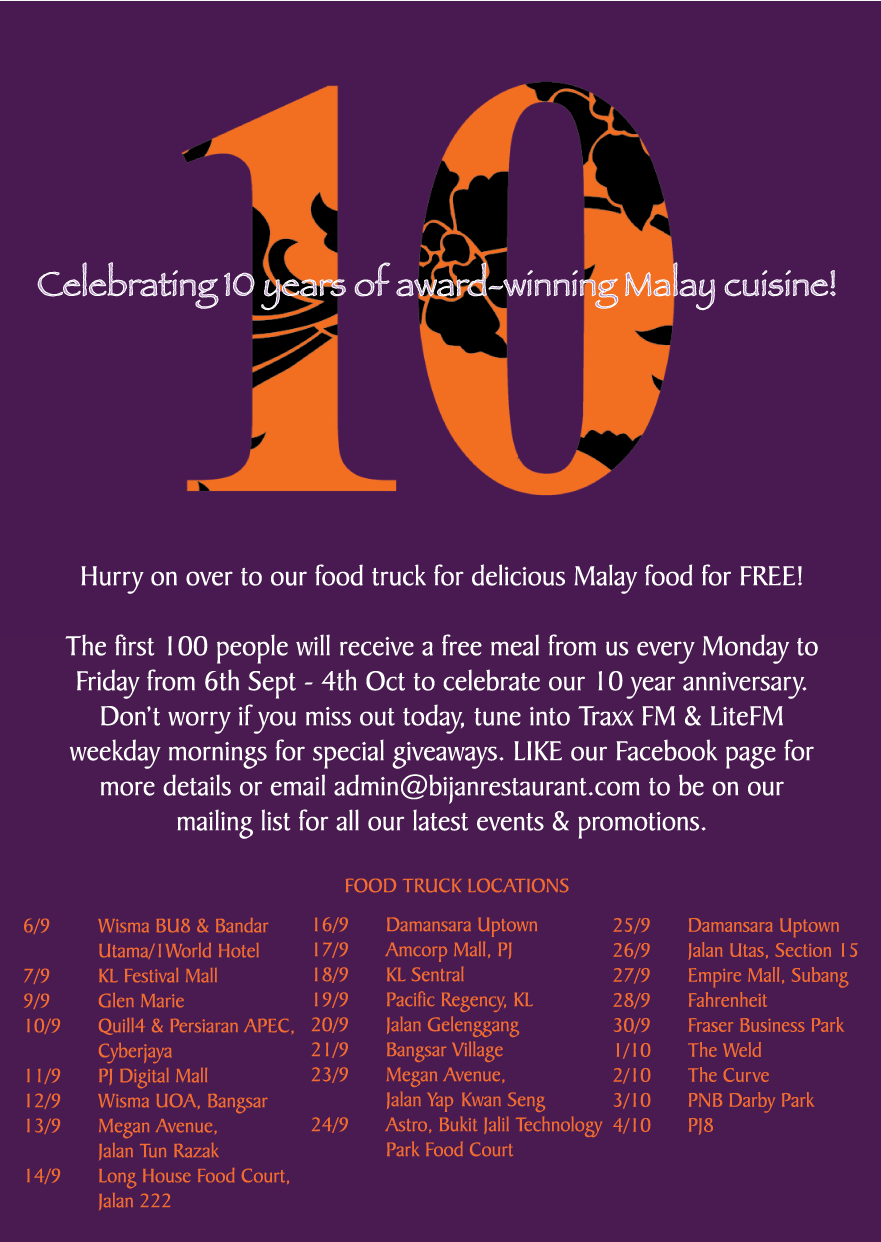 Bijan was established in september 2003 and along this 10 years, Bijan has became the pioneer of refined Malay dining while dishing out a few major awards along the way.

​To celebrate this special achievement, Bijan is providing food truck for free to the first 100 people every monday to friday from 6th september 2013 to 4th october 2013. Don't worry if you missed out today, tune into Traxx FM & Lite FM weekday morning for special giveaway. Futhermore, you can also like the Bijan's facebook page for more details or email admin@bijanrestaurant.com to be on their mailing list so that you will be informed of all the latest events and promotions in the future. Refer to the image above for the food truck locations on each dates.

In conjunction with 10th anniversary celebrations, Bijan will be launching food truck tour within Wilayah Persekutuan & Selangor to share delicious Malay food for FREE together with other special giveaways running from the 6th September till the 4th October 2013.

Wanna join the activity? book a table via TABLEAPP now!

Alternatively, you could also use your phone and make a reservation just by downloading our app:

View all posts by admin →