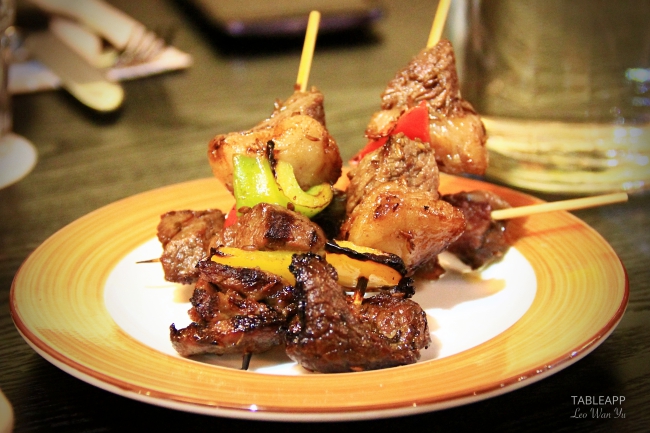 Barely open for half a year, Las Vacas’ latest addition now sits at Sunway Putra Mall. The location is perhaps new, but you might have heard of its well-known sister outlet along Jalan Yap Kwan Seng. The renowned beef-inclined steakhouse, which also doubles as a deli and butchery, boasts a wealth of different cuts and meats at varying price points.

The carvery at Sunway Putra Mall outlet is prepared using JOSPER Charcoal Oven – Josper, which worth the value of a car (!), is an elegant combination of a grill and an oven in a single machine that adds the unique flavour of the finest embers, giving a unique texture and juiciness in all meats.

Las Vacas Sunway Putra Mall is the only outlet in the Las Vacas family that has the masterpiece Josper oven. Naturally, carvery steals the limelight for this Ramadan buffet. Take a look at the cuts below.

Check out some of the dishes available at Las Vacas’ dinner buffet at Sunway Putra Mall outlet. Pretty eye-pleasing indeed.

A pure surprise that I had during the night is Las Vacas’ French pastries selection. Well, to be frank, desserts and pastries are rarely a highlight for buffets but at Las Vacas it was exceptional. I first started to taste the pastries without having much high hopes but I was so wrong – the pastries, are heavenly made! Before I realised, I started to fill my plate with almost every pastry available at the counter – and I had to make second helping.

View all posts by Wan Yu →